Compare prices on car hire in Phuket Airport from all the major brands and find the best deals. When you book through us, unlimited mileage and insurance are always included in the price given. 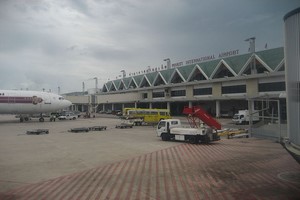 Phuket Airport is located 32 km north of Phuket island and 32 km from Phuket .The buses run between Phuket and the airport every half hour. Among the car companies located at the airport is Thai Rent A Car, Avis, Budget, Hertz, Sixt and Europcar. Around 3 million passengers visiting Phuket Airport every year, and it is the second largest airport in Thailand in terms of number of passengers. The airport has two terminals, one for domestic flights and one for international. It is the main base for Thai AirAsia. From Phuket, a fly to around 40 destinations in Europe and Asia. In addition to Thai Airways International restaurant, there are several cafes and bars at the airport and a 10-century shops. Other amenities include ATMs, prayer room for Muslims and first aid. Phuket Airport Hotel is within walking distance from the airport and there is also a shuttle bus there.