Compare prices on car hire in Surat Thani from all the major brands and find the best deals. When you book through us, unlimited mileage and insurance are always included in the price given. 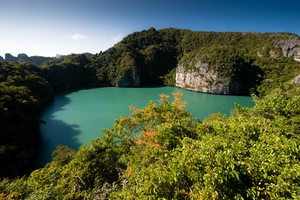 Most travel via Surat Thani to get to one of the many islands in the Gulf of Thailand and the province is known to be “a province of the thousand islands”. The city is one of the first cities you meet on the way south from Bangkok .In Surat Thani, one should take in sights such as the beautiful Catholic St. Raphael’s Cathedral. In the evening there is a market along the river with booths and food, and in August and October, held festivals Rambutan Fair and Chak Phra.