Compare prices on car hire in Adana from all the major brands and find the best deals. When you book through us, unlimited mileage and insurance are always included in the price given. 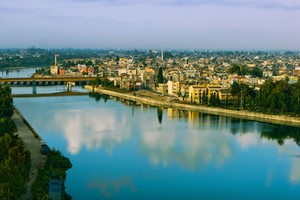 Adana is centrally located in the southern part of Turkey .The city lies on the River Seyhan, about 30 km from the coastline and the Mediterranean Sea. Adana is the capital of the province of Adana is the fifth largest city in Turkey with a population of about 1 500 000 (2009). Adana was probably founded by the Hittites in about. 1400 f. Kr. and was subject to the Romans in 66 BC.

The only building that remains from the Roman Empire, the stone bridge Ta?köprü as one expects, built in the 300-century ADNOK Clock Tower Büyük Saat Kulesi from 1882, with its 32 meters the tallest bell tower in Turkey, Sabanci Merkez Camii mosque, which opened in 1998 is one of the largest in the Middle East. There are several lush parks in Adana, including the botanical garden ?nönü Botanical Garden. ADA also offers museums Misis Mosaic Museum and festivals that Altin Koza International Film Festival.

There are about 3, 5 km to Adana Airport ?akirpa?a.