Compare prices on car hire in Turkey from all the major brands and find the best deals. When you book through us, unlimited mileage and insurance are always included in the price given. 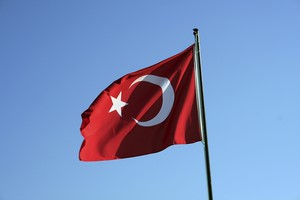 Turkey lies on the border between Europe and Asia, and has 76.8 million inhabitants (2009). 97% of the country lies in Asia – the large peninsula of Anatolia (Asia Minor), and only 3% of Turkey lies in Europe.

Turkey’s landscape consists mostly of highlands and mountain ranges. The highest point is Mount Ararat, situated 5137 meters above sea level The country has a varied climate. Coastal areas in the south and west have typical Mediterranean climate with mild (often wet) winters, and dry, hot summers. Inland has a more continental climate.

The capital of Ankara , the country’s second largest city with 4.3 million inhabitants (2008).Ankara is

slightly northwest of the central part of the country, and is an important economic center for the region.Esenboga International Airport is 28 kilometers northeasterly of the center.

Remember that the sooner you book your rental car in Turkey, the cheaper it will be. Try the search engine on and be surprised by the low prices of car rental in Turkey. The most popular destinations for car rental in Turkey are Alanya, Antalya, Bodrum and Istanbul.