Compare prices on car hire in Ankara from all the major brands and find the best deals. When you book through us, unlimited mileage and insurance are always included in the price given. 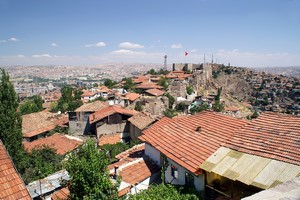 Ankara is the capital and second largest city in Turkey after Istanbul with a population of approximately 3 500 000 (2008).Ankara belong to the province of the same name and is centrally located to the west of Turkey. It has previously been named as Ancyra and Angora and was an important center already in the Hittite period from ca. 1800 BC. In the 1st century after Christ’s birth was Ankara the capital of a Roman province.

There are several historical sites in Ankara, including the ruins of a Roman bath built in the 200-century AD Kr. and Temple of Augustus and Rome is a temple of ca. year 20 BC. Alaaddin Mosque was built in the 1100s, while the Kocatepe Mosque, which was built between 1967 and 1987, is the largest mosque in the city. There are many parks in Ankara which is equipped with an amusement park, pond and swans, and a botanical garden.

Ankara Airport, Esenbo?a International Airport is located about 30 km outside of Ankara.