Compare prices on car hire in Dubai from all the major brands and find the best deals. When you book through us, unlimited mileage and insurance are always included in the price given. 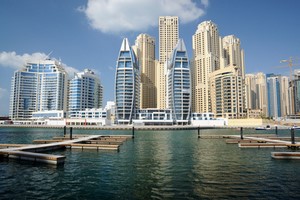 Dubai is a city and capital of the emirate of Dubai, which is one of seven emirates in the country of the United Arab Emirates ..Dubai is located on the west side of the country’s northern tip and facing the Arabian Gulf. Dubai is the largest city in area and in 2008 the population estimated to be in excess of 2 000 000 Port Rashid is the main import port in the country.

Dubai International Airport is approx. 4 km outside Dubai, and in 2009 the airport was the world’s 17th largest number of passengers.