Compare prices on car hire in United Arab Emirates from all the major brands and find the best deals. When you book through us, unlimited mileage and insurance are always included in the price given. 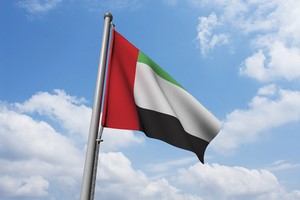 The UAE is a federal republic in the Middle East, and consists of 7 states (called the Emirates). The country borders the Sultanate of Oman and Saudi Arabia – and the coastline of both the Gulf of Oman and the Persian Gulf.The UAE has nearly 5 million inhabitants.

Inland consists of plains with desert, sand dunes and mountains. The climate is dry and hot most of the year with high humidity langst coast.

The United Arab Emirates is one of the world’s richest countries, where the main income source comes from oil, trade and finance – as well as tourism. The country is a diverse and multicultural society in which Islam and Arabic culture dominates both in architecture, music, clothing, food and lifestyle. Tourists also choose this exotic destination because of the excellent shopping opportunities and beautiful sandy beaches along the coast.

The capital of Abu Dhabi (860,000 inhabitants) is the country’s second largest city and center for the oil industry.The largest city is Dubai (2.1 million inhabitants), located on the Persian Gulf, the luxury tourism as an important food source.Other major cities in the country’s Al Ain, Sharjak , Ras al-Khaimah and Ajman.

The country’s main airport is Dubai International Airport , and is located 4 miles southeast of downtown Dubai .

It is now being a new major airport at the coastal town of Jebel Ali, 35 km southwest of Dubai city –

Al Maktoum International Airport. This is scheduled for completion in 2017.

Try our user-friendly search engine to be surprisingly low prices quoted on the car in the United Arab Emirates.