Compare prices on car hire in Fujairah from all the major brands and find the best deals. When you book through us, unlimited mileage and insurance are always included in the price given. 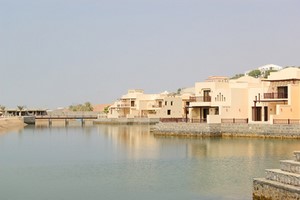 Fujairah is a city in the emirate of the same name and is one of seven emirates in the UAE. Fujairah is the only Emirates facing Omargulfen instead of the Persian Gulf. It is this part of the United Arab Emirates who share the land Omar, located in the east, in two. Number of inhabitants in the city was in 2007 estimated at approx. 50 000, while the number in the entire emirate was about 130 000

Fujairah offers both old and new. For those interested in history, one can see ancient buildings such as Bithna Fort which was built in 1735. Fujairah Fort was built in 1670 and is considered the oldest fort in the United Arab Emirates. The castle Al Hayl is a famous attraction, and was built around 1750. Otherwise, Fujairah offers several museums, monuments, shopping areas and exhibitions.

Fujairah International Airport is located 10 km outside the city center. In 2007, it registered over 37 000 passengers.