Compare prices on car hire in Punta Del Este from all the major brands and find the best deals. When you book through us, unlimited mileage and insurance are always included in the price given. 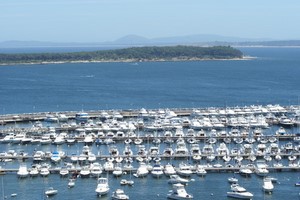 Punta del Este – popularly known as South America’s St Tropez – is an exclusive, small resort with just under 10,000 residents, located far south in Uruguay .The center is focused on a peninsula that juts into the Atlantic, at the tip at the mouth of the Rio de la Plata. Distance west of the capital Montevideo is 140 km.

When the holiday tourists from all over the world take over the city during the summer months, a population increase to around 150,000. Among the attractions they can experience, is Casapueblo – the great house complex of artist Carlos Páez Vilaró. Other attractions include the 45-foot, centrally located lighthouse – as well as the idyllic island Gorriti outside the city.

The still attracts the most tourists to Punta del Este, is the fabulous beaches can be found here. They surround – almost – the city on all sides. The most popular areas in the coastal zone is Montoya Beach, Bikini Beach and Manantiales Beach. Also La Barra should be mentioned, where it is particularly suitable for windsurfing and fishing.