Compare prices on car hire in Uruguay from all the major brands and find the best deals. When you book through us, unlimited mileage and insurance are always included in the price given. 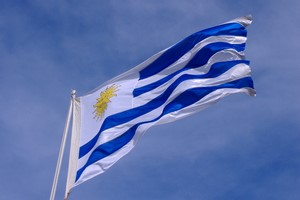 Uruguay is located in southern part of South America and has 3.5 million inhabitants (2009). It is bordered by Brazil to the north and Argentina to the east.Uruguay also has coastal border with the Atlantic Ocean.

Uruguay is mostly hilly plains with grasslands (pampas) and savannas. The highest peak in the country is 540 m. Uruguay has a subtropical climate – mild and humid weather all year round. Coldest month is July, the warmest month is January.

The capital Montevideo is located southwest of the country – on the north side of the river mouth of the Rio de la Plata.It has 1.5 million inhabitants and is the country’s largest city and main seaport. It is also the country’s economic, administrative and cultural center.

The seaside resort of Punta del Este, which is located 140 km east of Montevideo, has beautiful beaches along the Atlantic Ocean – and a high tourist traffic. Here are some great hotel facilities, restaurants, shopping and varied nightlife. The place is also known as South America’s “St. Tropez”.

Discover the best way to explore in Uruguay. Rent a car through us which include unlimited mileage and all necessary insurance.