Ever thought of touring a US city? Then Dallas should be your first stop. The city has spectacular tourist attractions that you can explore. Besides that, it is home to several car rental services, so you can easily book a rental car to use during your stay in the city. This guide will discuss some interesting facts about the city, as well as what you can do while staying there. 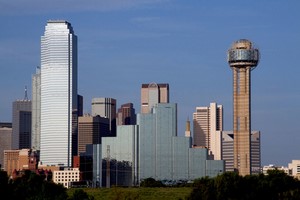 Dallas is a city located within the US state of Texas. It’s the largest city in Dallas County with small parts extending into Denton, Collin, Rockwall and Kaufman counties. As of 2018, the population of Dallas was over 1.34 million, ranking 9th in terms of the most populous cities in the United States. There are many different beautiful landmarks and amazing places in the city to explore, thanks to its mix of modern structures, historical buildings and cultural assets. Located close to Fort Worth and Arlington, Dallas has excellent road links to the rest of Texas and its neighbouring states.

Dallas originally developed as a result of railroad construction through the region to allow the transportation of cattle, cotton and oil to northern and eastern Texas. The city gained greater prominence as a transport hub after the construction of the interstate highways. Four of the main US interstate highways converge in the city. The construction of the Dallas/Fort Worth international airport allowed Dallas to also develop into an inland port that facilitates trade in the US, further helping the city to become a strong financial and industrial centre.

The city has a diverse economy that includes defence, information technology, telecommunications, financial services and transportation. There are also several companies and industries in the city, including nine “Fortune 500” companies. Dallas ranks first in the Forbes list of “the Best Place for Business and Careers” in Texas, and it is the headquarters of major companies such as Comerica, Atmos Energy, Mary Kay Cosmetics and Fossil, Inc. The cost of living in the city is moderate and it has continued to experience job market increases over the past few years.

The climate in Dallas is categorized as a humid subtropical climate. During the summer, the weather is humid and hot, especially in July and August. The temperature can reach up to 105 °F (41°C), with an average daily temperature of 96°F (36°C) during these months. In winter, Dallas experiences cool weather with a few cold spells. The first frost appears in November and it usually ends by mid-March. Parts of the city can experience snowfall during winter though usually just for a few days. Spring and fall are transitional seasons with pleasant and moderate weather.

One of the most popular places to visit while in Dallas is the Dallas Arboretum and Botanical Garden. It’s a 66 acre garden with ornamental shrubs, seasonal flowers, trees and plant collections. The garden is also used for seasonal outdoor festivals, art shows and concerts. About 8.4 miles (13.5 km) from the garden, you will also find the Sixth Floor Museum at Dealey Plaza. This contains multimedia exhibits describing the political climate of the US in the 1960s. It also features historical artefacts used during the early 20th century. Driving from the garden to the museum takes around 13 minutes.

Another fascinating tourist attraction in Dallas is the Perot Museum of Nature and Science. This is housed in a stylish and architectural masterpiece. It’s divided into thematic areas. You will find interactive educational stations, high-tech displays, a 54-foot escalator, and a 3D theatre inside. If you want to marvel at the arts, you can also pay a visit to the Dallas Museum of Art that was established in 1903. Here, you will find ancient artefacts and classical art from ancient Greece, Egypt, and Rome. From Perot Museum to Dallas museum is 0.6 miles (1 km) taking 3 minutes to drive.

Dallas World Aquarium is another nice place to visit during your tour of the city. The aquarium houses diverse sea life including seadragons, jellyfish, sea turtles, stingrays, bonnethead sharks and giant groupers, as well as several free-flying birds! The Nasher Sculpture Center is another place in Dallas that you should explore. It features a collection of contemporary and modern outdoor sculptures. The centre is also used for concerts and lectures. Driving from the aquarium to the sculpture centre takes 4 minutes, and the distance between the two points is 0.7 miles (1.1 km).

Two commercial airports serve Dallas – the Dallas Love Field Airport and the Dallas/Fort Worth International Airport. Dallas Love Field airport is only used for local flights from the city to other regions in the US. However, Dallas/Fort Worth is an international hub and the 11th busiest airport in the world. Popular destinations include other major US cities, Tokyo and London. Both airports are fully operational and equipped with essential facilities including ATMs and currency exchange.

Dallas is home to numerous car rental companies such as Enterprise, Europcar, Budget, Hertz, Exotic Cars and Sixt. These car rentals are global names with high credibility and good reputations. You can book a car at any of these car hire companies when you get to the airport or book via their website. We suggest the latter because you can book in advance and select your preferred car easily.

When deciding which car rental service to choose, you should take the time to read their Terms & Conditions. You should also ensure that you have all the documents you need for the hiring process, including your driving licence. Also, inspect the car thoroughly to ensure it is in good condition and report any issues you notice instantly to the rental company.

Dallas roads are in good conditions, and they are easy to navigate. You can use GPS location apps as the roads have been updated on major online maps. The essential road facilities such as street lights, road signs and traffic lights are provided. The city roads are subject to the usual rush hour traffic between 6.30 am to 8.00 am and 4.30 pm to 6.00 pm, so riving at those times is best avoided if possible.

Speed limits in Dallas depend on the road. If you are driving in pedestrian zones the approved speed limit is 15 mph (25 km/h). On residential roads, the speed limit is 30 mph (48 km/h), while highways have a speed limit of 70 mph (127 km/h). You should check for speed signs to know the permitted speed on the road you are driving on. Dallas also has several car parks that are placed in strategic locations in the city. In some parts of the city, street parking is allowed.