Compare prices on car hire in Detroit Airport from all the major brands and find the best deals. When you book through us, unlimited mileage and insurance are always included in the price given. 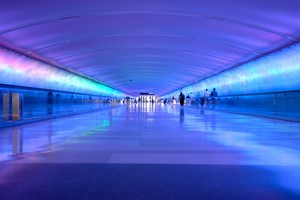 Detroit Metropolitan Wayne County Airport (DTW), also called Detroit Metro Airport, located 32 km southeast of Detroit .There are buses between the airport and downtown Detroit. The car rental companies represented at the airport are Alamo, Avis, Budget, Dollar, Enterprise, Hertz and National. In 2008, a total of 35,135,828 passengers visited Detroit Airport. It is the State of Michigan’s largest airport, and among the 25 largest in the world. Detroit Airport is the main base for Spirit Airlines and Delta Air Lines, and serves 15 different airlines. The airport has three terminals that are connected by a shuttle bus.

McNamara terminal is the one who has the best selection of shops, eating and drinking places, and has received several awards. Other facilities at the airport is the playroom for children, baby / family room, wireless internet and conference center. Westin Detroit Metropolitan Airport is located at the airport.