If you are looking to go to Detroit for your next vacation and you want to rent a suitable car, you do not have to worry because you will find a host of car hire companies close-by. There are numerous car rental services you can choose to use at the airport. Or, you can simply go to the rental service’s website to rent a car. 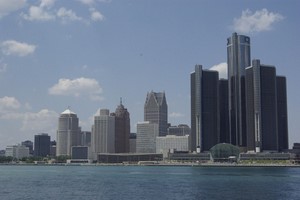 Detroit is one of the largest and it is the most populated city in the state of Michigan. The city has a population of about 672,662 making it the 23rd most populated city in the United States. In the midwest, it has the second-largest regional economy behind the city of Chicago. In terms of economy in the United States, Detroit is the 13th largest. The city is also bordered by a Canadian city known as Windsor.

The culture of Detroit has both local and international influences, most especially when it comes to music. Rock, Hip-Hop, Jazz, and Punk music are the major musical genres in the city. Additionally, you will find a host of incredible monuments and historic places that is sure to make your visit completely memorable. The city is also regarded as a top cultural centre especially when it comes to music, architecture, art, and amazing designs.

When you visit the city you will get to enjoy a wide range of outdoor attractions and fun activities. Also, the nightlife in Detroit is one thing that is certain to give you an exciting moment during your stay. In addition to this, the city has numerous skyscrapers and an incredible skyline that is amazing for sightseeing. Impressively, Detroit is among the various 13 United States Metropolitan areas to house a professional sports team.

Detroit has a lot of places you can visit with a rental car and one of these interesting places is the Detroit Institute of Arts. At this institute, you will find a collection of different ancient Egyptian pieces, together with ancient European documents, contemporary arts and so on. The estimated distance between the Detroit Metropolitan Wayne County Airport and the Detroit Institute of Arts is approximately 18.6 miles (29.9 km). And, if you are visiting with a rental car, you can get there in less than 30 minutes

Another incredible place you can choose to visit is the Detroit Zoo which is one of the largest centres in the state of Michigan and it is one of the most visited in the state. The zoo records an estimated number of 1.5 million visitors every year. The Detroit Zoo is approximately 27.5 miles (44.2 km) from the Detroit Metropolitan Wayne County Airport. It is also estimated that you can get to the zoo in approximately 27 minutes.

There are also bars and restaurants you can choose to visit if you are looking to pass time or socialize with the indigenes of the state. One of the most common bars in the city is the Sugar House Bar located in Michigan Avenue. From the airport, the Bar is located approximately 18.4 miles (29.6 km) with an estimated 26 minutes for the journey.

There are a few numbers of airports located in and around the city of Detroit. One of the most popular and busiest is the Detroit Metropolitan Wayne County Airport, which is connected to a host of both local and international destination. Some of the common destinations people travel to are London, Paris, Marseille, Athens and so on.

It is recommended that before you choose any car hire service, you should go through the company’s terms and conditions. That way, you can have a deep understanding of how their policies work and what you need to do and not do. Also, make sure you ask questions on any topic you do not fully understand.

The roads in the city of Detroit are in good condition and driving around the city is completely safe and smooth. As long as you obey the traffic laws and avoid the major roads during the rush hour period between 8 am and 9 in the morning, you will have no issue getting to your destination.

Like most top cities in the world, Detroit has a list of speed limits for various kinds of roads. For instance, the standard speed limit for freeways and areas in Downtown, the speed limit is 55 mph (88.5 kph). Any other open roads in the city have a speed limit of 70 mph (112 kph) unless it is stated otherwise. Additionally, you will find different types of parking options you can use ranging from parking lots to valet parking and garages.