Compare prices on car hire in Hawaii from all the major brands and find the best deals. When you book through us, unlimited mileage and insurance are always included in the price given. 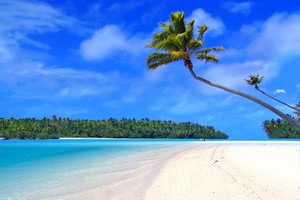 Hawaii is an archipelago situated in the north Pacific, and U.S. 50 state. The archipelago consists of 8 major islands and several islets, which together have 1.3 million inhabitants (2008).

Hawaii is known for being a scenic holiday resort, with beautiful, long sandy beaches and inviting swimming.

The islands have a maritime tropical climate, with over 20 degrees all year.

Hawaii is about. 4.000 km southwest of California, and is often called “The Aloha State”. Hawaii’s volcanic islands, where the landscape consists of sloping plains with rain forest, savannah and steppe vegetation. The highest point is the inactive volcano Mauna Kea – located 4,205 m above sea level

The capital of Honolulu on the island of Oahu, is Hawaii’s only city.The city has 376,000 inhabitants (2008), and is the economic and administrative center in Hawaii. The airport and the port of Honolulu is a major transport nodal point for the Pacific, and the city has both a university and several interesting museums.

Honolulu International Airport is one of the busiest in the United States , and is located just outside the capital.