If you want to enjoy a good tourism experience, then Washington D.C should be the next place you should visit. The city is known for its several monuments and tourist attractions points, and what’s even better is that there are car rental and car hire companies there. In this article, we will explain some of the awesome places you should check out in the city as well as how the car rental works. 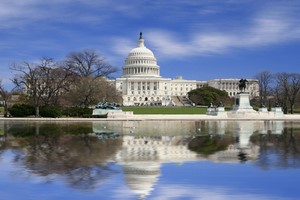 Washington D.C. (District of Columbia) is the capital of the United States and is located in the north of the Potomac River. It was founded in 1791 and named after the former US president George Washington. Considered as one of the wealthiest places in the country, the city has a 68.4 sq mi area. Its population as of 2018 is over 700 thousand, and it ranks 20th in the most populous city in the US.

The city has a stable economy and it generates revenue through a variety of ways including taxes. It ranked 1st in the most secured large cities in the US, and it has a GDP per capita of $181,222 in 2016. Washington DC is one of the most visited cities globally, recording more than 20 million tourists each year. It is also the seat of the United States Federal Government and an important world political capital.

Washington experiences a humid subtropical climate with chilly winters that are often accompanied by light snows. Summers in the city are usually hot and humid while spring and fall are mild. The average annual snowfall in Washington is 15.5 inches (39 cm), and the temperature can sometimes reach 32-degree Celcius. It also has a rich history having being affected by the war of 1812. English is the official language spoken in the city and the currency used is US dollars.

The Washingtonians are good and friendly people with love for arts and outdoor activities. The culture of the city is greatly influenced by the US federal government, and this has contributed to the development of several cultural institutions. You will find several landmarks and amazing places to explore in the city. Apart from that, different events that are hosted in the city throughout the year which makes it an interesting place to be.

The White House is one of the major attraction points in the city. It is the United States president’s official home and was built by James Hoban in 1792. You can take a tour of the White House and learn more about its history. Another place to visit is the Capitol which was built in 1793. It is the seat of the Senate as well as the House of Representatives. The interior is filled with paintings that tell the American story. From the White House to the Capitol is 2.9miles (4.6km), and the driving duration is 9minutes.

The Lincoln Memorial is another sight to behold. It’s one of the greatest works of sculptor Daniel Chester French. The memorial is situated at the end of the mall close to the Washington Monument. It was erected to honour President Abraham Lincoln death and has grown to become one of the popular places tourists visit in the city. You can also visit the Vietnam Veterans Memorials, a tall wall with names of American servicemen who lost their lives in World War II. From Lincoln Memorial to Vietnam Veterans Memorials is about 0.1miles (0.16km) and takes just a minute drive.

If you love historical objects, the National Air and Space Museum is a good place to explore. It is one of the most popular museums in the world with a collection of historic aircraft including the original 1903 Wright Brothers Flyer. Apart from the exhibits, there is also the Albert Einstein Planetarium which is an IMAX theatre. You can check out the National Zoological Park as well if you love animals. There are over 2000 different animals, reptiles and birds in the zoo. From the Museum to the zoo takes about 15minutes drive and the distance is 5.6miles (9km).

Some of the popular destinations that people travel to from these airports are Las Vegas, Atlanta, Mexico, and Orlando. In each of these airports, you will find car rental services such as Enterprise, Avis, Budget, Hertz and Alamo. These car hire companies operate both locally and internationally, and they have a fleet of vehicles that can satisfy your need.

Booking a car from these car rental companies is easy. You can book a car when you arrive at the airport, or book it online via their website. We suggest that you should book before getting to the airport so that you can get the car that you want. One thing to put in mind is that you need to go through the car rental terms and conditions and inspect the car before leaving with it.

Washington D.C has good roads with all the necessary amenities such as street lights and traffic lights. The standard speed limit on interstate highways is 55mph (88.5km/hr) while for other roads are 25mph (40.2km/h). In alleys and school zones, the speed limit is set at 15mph (24.1km/hr) However, some parts of the city may have a slightly different speed limit for some roads, so you should always watch the road signages.

Apart from that, Washington also has several public parking lots that charge a fair price for you to park your rental car. If you can ‘t find a public parking lot where you are, you can check for street parking which is allowed in almost parts of the city.