Compare prices on car hire in Swansea from all the major brands and find the best deals. When you book through us, unlimited mileage and insurance are always included in the price given. 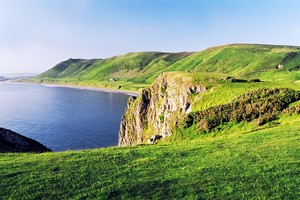 The coastal town of Swansea is located on the Bristol Channel in South Wales – just east of Gowerhalvøya in the county of Glamorgan.Swansea is Wales’s second largest city after the capital Cardiff, with approximately 230,000 inhabitants (2007).

Swansea city center was heavily damaged by bombs during the 2 World War II, and therefore has few historic buildings. One of the preserved buildings include The Guild Hall – a building complex of white stone from 1934 – which currently houses the city including City Hall.

The ruins of Swansea Castle from the 1200s, the city’s major historical tourist attraction.

Swansea Bay has 18 km of coastline, and in this area is a marina, several swimming beaches, bike paths, parks, golf courses and museums.National Waterfront Museum is worth a visit – a local history museum with interesting exhibits.

A little west of Swansea Bay is the former fishing village of Mumbles, who is known to be a popular tourist spot. Mumbles is known for its beautiful coastline and its beaches.