Compare prices on car hire in Albania from all the major brands and find the best deals. When you book through us, unlimited mileage and insurance are always included in the price given. 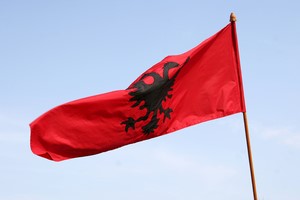 Albania has 3.6 million inhabitants (2009), located in southeastern Europe – the Adriatic and the Ionian sea. The country bordering Kosovo to the northeast, Montenegro to the northwest, Macedonia in the east and Greece to the south.Large parts of Albania is covered by mountains, where the highest mountain peak – Maja e Korabit – situated 2764 meters above sea level Otherwise, the western part of the country, 362 km of coastline with many sandy beaches.

Albania has Mediterranean climate – with an annual average temperature of 16 degrees. North – and East Albania has colder winters than the country in general, and the highest winter temperatures are in the far south.

The country is known for its many national parks with untouched nature, particularly Theti in the north a popular tourist attraction – ideal for hiking. Otherwise, Albania has a rich musical folklore tradition.

The capital of Albania is located in the country, and called Tirana .The city has 726,500 inhabitants (2008). In addition to being the country’s largest city, Tirana, economic, cultural, scientific and political center.

Other major cities in Albania are Kurcova, Durres, Elbasan, Korca, Vloro and Shokdra. Durres is the largest port in the country –   with ferry connections to suchItaly.

Through Car-hire.net you can book a rental car at the Tirana International Airport and Tirana