Compare prices on car hire in Macedonia from all the major brands and find the best deals. When you book through us, unlimited mileage and insurance are always included in the price given. 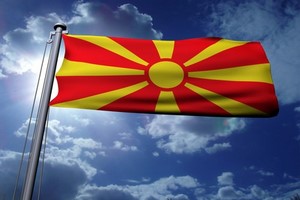 Republic of Macedonia is situated in Southeast Europe and has 2 million inhabitants. The country has no coastline, but bordering on Serbia and Kosovo in the north, Bulgaria to the east, Greece to the south and Albania to the west.

The country’s official language is Macedonian (and Albanian).

Macedonia is a mountainous country with forests, valleys and lakes. The highest mountain is Korab, located 2764 meters above sea level The river Vardar flows through the country’s central areas in the southern direction – towards Greece .Macedonia has both a Mediterranean climate and a continental climate with hot dry summers and cold winters.

The capital Skopje is located north of the country by the river Vardar, and has approximately 507,000 inhabitants.Skopje is the country’s political, cultural, economic and academic center in the country. Skopje is emerging as a modern city, and has many historical monuments and sights.

Other major cities are Kumanovo, Bitola, Tetovo , Gostivar and Prilep.

The city of Ohrid, located on Lake Ohrid in southwestern country, the country’s main tourist area – with sandy beaches and pleasant climate. The city was founded in the 600s, and has several historical sights. Both the city and the lake is listed as a UNESCO World Heritage list (both for its natural and cultural heritage). Macedonia’s second largest airport is here – Ohrid St. Paul the Apostle Airport.

The country’s main international airport is Skopje Alexander the Great Airport , located just outside the capital.

Choose your destination in Macedonia in the search engine of search and car rental from multiple providers. All prices on car rentals include insurance and unlimited mileage.