Compare prices on car hire in Mendoza from all the major brands and find the best deals. When you book through us, unlimited mileage and insurance are always included in the price given. 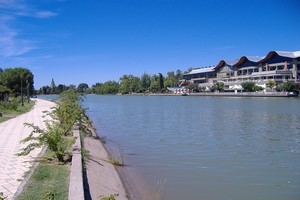 Mendoza is the capital of the province of Mendoza which borders Chile to the west.The town lies near the western border, in the northern part of Argentina .Mendoza was founded by Spaniards in 1561. In 2001, the population of the city in terms of something over 110, 000, but the figure rises to almost 880 000 if you include the surrounding areas (2006).

Mendoza deadlines with both outdoor activities and culture, and in 2008, Mendoza listed on the National Geographic’s list of world’s 10 most historic cities. There are many museums in town and more are devoted to Mendoza’s history, including the Museo del Area Fundacional. Mendoza is known to be an olive and wine and there are various tours and wine tasting in the surrounding vineyards. In March, the festival Fiesta Nacional de la Vendimia dedicated to grape harvest, and the National Wine Museum Museo Nacional del Vino should be visited.