Compare prices on car hire in Perth Airport from all the major brands and find the best deals. When you book through us, unlimited mileage and insurance are always included in the price given. 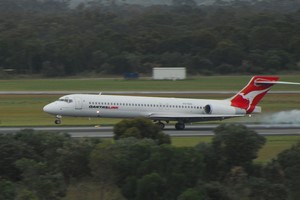 Perth Airport (PER) has separate terminals for international airplane wings (Terminal 1) and domestic (terminal 2 and 3). Terminal 1 is located 17 km from the city of Perth , while the two domestic terminals are located 12 km from the city.It is 11 km between the terminals, and a separate bus provides transportation. Among transport options to and from the airport bus and taxi. Six different companies offering car rental. Perth Airport is the fourth largest in Australia .Growth is great, in the first half of 2007 was DnE of 13, percent. From June 2008 to June 2009 was 9,735,117 passengers pass through the airport. The busiest international destinations are Singapore , Dubai and the Ngurah Rai. The airport will now be upgraded to accommodate more passaskerer. The international terminal has a duty and six different dining options. Wireless internet available throughout the terminal 3 and the departure area of ??Terminal 1 There are several hotels nearby, approached the Comfort Inn Bell Eyre less than two miles from the terminal 1.