Compare prices on car hire in Verviers from all the major brands and find the best deals. When you book through us, unlimited mileage and insurance are always included in the price given. 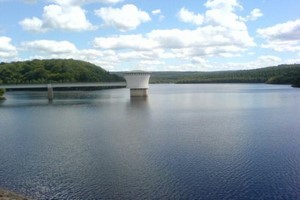 Verviers is a city in the province of Liege, the eastern part of Belgium. The province borders on Germany, and Verviers located between the city of Liège and the German border.In 2008 there were about 53   000 inhabitants in the city and the area is the second largest in the province.Verviers is located on the river Vesdre, and it’s called “water capital”.

There are many reasons why Verviers has been nicknamed “water capital” and one of those located in the city’s history. For several hundred years ago, people selling their unique wool at markets, and the wool had been given its special shape because of the water from the River Vedra. The square is adorned with a fountain Fontaine secretes, which is located at ground level and shoot up jets of water in the light of 84 spotlights. In addition, the Verviers on a large flea market at Easter.

There are several small airports near Verviers, but the biggest is Liège Airport. This is the third largest airport in Belgium and is located about 40 km away.