Compare prices on car hire in Vancouver from all the major brands and find the best deals. When you book through us, unlimited mileage and insurance are always included in the price given. 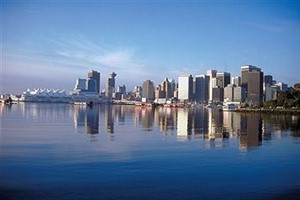 Vancouver is Canada’s eighth largest city and the largest in the country’s west coast with a population of more than 570 000 (2006).The whole region is home to approximately two million inhabitants, making the area the third largest in the country.Vancouver is located far southwest, in the province of British Columbia. The city is located near the border with the United States and in Vancouver Island.

Vancouver has much to offer for both outdoor and indoor activities. On rainy days, it might be nice to visit one of the city’s many museums like the Museum of Vancouver. Here visitors can see artifacts from around the world, including a mummy from Egypt .Vancouver is known for its many parks and the city sets with over 200 Stanley Park is one of the largest in the world and put up the zoo, restaurants, beautiful picnic areas, an aquarium and much more.

Vancouver International Airport has flights to Europe, Asia, the Americas, as well as domestic flights.The airport is the second largest in Canada and is located 12 km outside the city center.