Compare prices on car hire in Punta Arenas from all the major brands and find the best deals. When you book through us, unlimited mileage and insurance are always included in the price given. 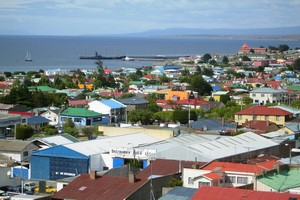 Punta Arenas is the capital of the region called Magallanes y la Chilean Antarctic Region and the city is located on the peninsula of Brunswick that borders the Strait of Magellan to the east. Punta Arenas had a population of nearly 120 000 in 2008, and this makes the city the third largest in area of ??Patagonia. Punta Arenas is considered the world’s southernmost city in size. The city of Ushuaia in Argentina to the south, but has only half as many inhabitants.

Punta Arenas is an amazing contrast-filled nature where there are opportunities for mountain biking and horseback riding. The port is one of the main ports in the country, something you can learn more about the maritime museum Museo Naval y Maritimo. It organized many trips to nearby places, including the Monumento Natural Los Pingüinos where it is located around 50 000 pingvinpar. It is 1418 km to the north coast of Antarctica, and there are boats from Punta Arenas.