Compare prices on car hire in Ecuador from all the major brands and find the best deals. When you book through us, unlimited mileage and insurance are always included in the price given. 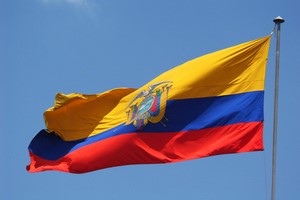 Ecuador is located in northwestern South America – right on the Equator, and has 14.6 million inhabitants (2009). The country has a coastal line to the Pacific Ocean to the west, bordering Colombia to the north and to Peru in the east and south.The country also includes Galápagosøyene in the Pacific Ocean, located 1,000 km west of the mainland.

The landscape consists roughly of the highlands in the north, the coastal areas in the west, and tropical rain forests in the east. The highest point is Chimborazo, located 6267 meters above sea level Ecuador has a tropical climate in the lowlands of the Pacific Coast, and a temperate climate in the highlands.

The capital Quito is located in the north of Highlands – 2800 meters – and has about 1.4 million inhabitants.Quito is Ecuador’s second largest city after Guayaquil.

The city lies at the foot of the active volcano Pichincha, and from the city center, take the cable car “TelefériQo” up to a lookout point on the volcano’s east side. The old town of Quito is a UNESCO World Heritage list, with several well-preserved historic churches and buildings.

The country’s largest city is Guayaquil, located 250 km southwest of the capital. The city has 2.6 million inhabitants (2009), and is located near the Pacific Coast. Guayaquil, the country’s main port, and is also an important commercial center.

Search and find a rental car in Ecudador today by using the search engine above. The order takes place in 3 easy steps and takes no more than 5 minutes