Compare prices on car hire in Colombia from all the major brands and find the best deals. When you book through us, unlimited mileage and insurance are always included in the price given. 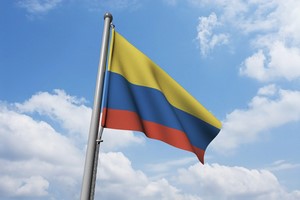 Republic of Colombia is located on the northwest tip of South America and has 45.6 million inhabitants (2009). It is bordered by Panama and the Pacific Ocean to the west, the Caribbean Sea in the north, Venezuela to the east, as well as Brazil , Peru and Ecuador in the south.Colombia’s official language is Spanish.

The landscape is varied and consists of deserts, rainforests, swamps, savannahs, mountains and bays with white sandy beaches along the coast. A part of the Amazon plain is located in Colombia, and here are a diverse flora and fauna. The country’s highest mountain peak is snow-capped Pico Cristóbal Colón – as part of the Sierra Nevada de Santa Marta, and measures 5,775 meters above sea level

Colombia is mostly a warm tropical climate, but the temperature drops, the higher the mountain scenery you arrive. The country is experiencing the rainy season from May to November.

The capital of Bogota is located in the country, and has 7.3 million inhabitants (2009).The city is the most important economic and industrial center of Colombia, and has numerous museums, theaters, art galleries, parks and monuments.

Other major cities in Colombia are: Cali, Tulua, Medellin and Baranquilla. The coastal town of Santa Marta and the port city of Cartagena is also popular tourist destinations.

Colombia has 8 international airports, which are located adjacent to the most populous cities. Airport Bogota – El Dorado International Airport, located 13 km west of the capital.

Car-hire.net offers car rental in Colombia at the above airports and most major cities and tourist destinations.