Compare prices on car hire in Israel from all the major brands and find the best deals. When you book through us, unlimited mileage and insurance are always included in the price given. 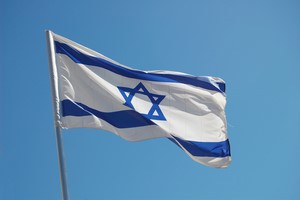 Israel (7.2 million inhabitants in 2009) located in the Middle East, in the southeastern part of the Mediterranean coast. It is bordered by Lebanon in the north, Syria and Jordan in the east and Egypt to the southwest.Israel also borders the West Bank and Gaza Strip – which is partly administered by the Palestinian Authority.

Israel is the world’s only Jewish state – but it should also Arab Muslims, Arab Christians, adherents worldwide and Samaritans in the country, as well as other religious minorities.

The country has a varied landscape with coastal plains along the Mediterranean Sea, mountains and hills in the hinterland, the Jordan Valley, Jordan and the Dead Sea (known for its high salt content) in the east, and the Negev desert in the south.

Israel has mostly a temperate climate, with rainy period between November and April. The coastal cities of Tel Aviv and Haifa in the north, the Mediterranean climate with winter precipitation.Southern areas have a drier climate. Eilat is Israel’s southernmost city and receives 1 million visitors annually. This tourist town is located on the Gulf of Aqaba, an arm of the Red Sea, and is characterized by beautiful sandy beaches. The area is steppe climate – with high temperatures all year round.

The capital Jerusalem has 724,000 residents (2009) and is located in the historic Judea region.Jerusalem is also the world’s most controversial city, and it has great significance for Judaism, Christianity and Islam. Many pilgrims come here to see example The Holy Sepulchre Church, Calvary, the Al-Aqsa Mosque, Dome of the Rock and the Wailing Wall.

Car-hire.net offering rental cars in both the main cities of Jerusalem and Tel-Aviv .