Compare prices on car hire in Lappeenranta from all the major brands and find the best deals. When you book through us, unlimited mileage and insurance are always included in the price given. 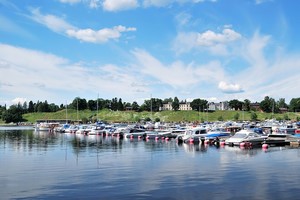 Lappeenranta (Swedish: Lappeenranta) has approx. 72,000 inhabitants – and lies in Southern Karelia, in the southeastern part of Finland .The town is beautifully situated on the shores of Finland’s largest lake, Saimaa – only 30 km from the border with Russia .

Lappeenranta was founded as a Swedish city in 1649. One of the city’s main attractions are the Saimaa Canal (opened 1856), which connects Lake Saimaa with the Russian port of Vyborg at the head of the Gulf of Finland. Vyborg was also until 1940 a Finnish city (Viborg / Viipuri). In summer you can travel by boat on the canal between the cities of Lappeenranta and Vyborg.

Of interesting historical buildings in Lappeenranta, the following are mentioned: The Russian Orthodox Church (which is Finland’s oldest Orthodox church) and an old fortress from the Swedish time, that now houses several museum departments.

The city’s airport – Lappeenranta Airport – is one of the oldest airports in Finland.