If you are planning for a vacation or wish to spend some time in Rennes, you’d definitely want to enjoy every moment of your stay. This is where a car hire service comes in handy. Are you thinking of companies that offer the best car rental services? You have no reason to worry. There is an assortment of top-notch car hire companies to choose from. This article explores the best options to consider during your stay. 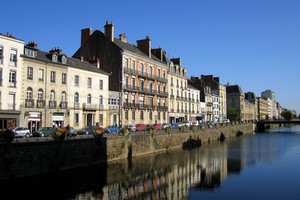 Rennes is the capital city of the region of Brittany, France. Its history roots back to over 2,000 years ago when it was among the major cities of the ancient Duchy of Brittany. From the beginning of the 1950s, Rennes developed to become a significant city within France due to its modern industrial development and rural flight. At this time, it became home to over 250,000 Brittany residents. Over the past four decades, the city has developed as a communication hub, and it prides itself of the high-end technology industry.

The population in Rennes has since grown steadily, and in 2015, it rose to over 720,000, making Rennes the 10th most populated city in France. Later in 2018, L’Express named it the most liveable city in France. The city is divided into 12 quarters, namely Le Blosne, Cleunay-Arsenal-Redon, Francisco Ferrer-Landry-Poterie, Maurepas-Patton-Bellangerais, Le Center, Brequigny, Sud Gare, and Saint-Martin, among other quarters. Apart from hosting the largest women prison in France, Rennes also hosts the eighth-largest French University campus.

This ancient centre is built on a hill, with its south side being less elevated than its north side. It sits at the confluence of River Vilaine and River Ille. It is located on the European Atlantic Arc, and it has a significant Green Belt around its ring road. The city features less abundant precipitation compared to the western parts of Brittany. The sunshine hours in Rennes range from 1,700 to 1,850 annually.

Glamorous suburbs, cities and towns surround Rennes city. It is surrounded by Saint-Erblon which sits 4.85 miles (7.81 km) south-east, Les Gaudinais which is 4.15 miles (6.68 km) to the northeast, and Saint-Jacques-de-la-Lande which is 1.92 miles (3.09 km) to the south-west. The city reveals an unprecedented diversity of heritage. You will love its numerous buildings that feature high-end architectural designs. Once in Rennes, you will be quickly drawn into a monumental journey through the centuries.

There are several places within Rennes that you can visit with a rental car. With just about 10 minutes of the drive, you can visit The Jardin du Thabor, a park of natural beauty which features a stunning collection of plant life, including different species of tropical, European, and African trees and roses. Also, within the garden are hundreds of small budgerigars and parakeets to view. All these, together with other ornamental flowers and rare plants, add to the botanical interest of the area.

Rennes city also prides itself of being an art and culture destination. It has a fine arts museum housed in the former Rennes University hall at 20 Quai Emile Zola. The museum has an excellent collection of paintings done by prominent artists, such as Veronese, Chardin, Rubens, and Picasso. Its famous picture is “The Newbord” which was done by Georges de la Tour. At the Museum of Brittany, which another tourist attraction in Rennes, you will find Les Champs Libres, a brand new building with three permanent exhibitions. This fascinating place has lots of debates, exhibitions, and forum.

Even as you enjoy your drive in a rental car, you can stop by and have a bite in one of Rennes’ high-end cuisines. The Le Galopin Cuisine, which is located at 21 Avenue Jean, features old-fashioned Parisian charm. This top-notch brasserie serves locally-sourced fish with an exciting menu which includes an elaborate wine list. You’ll enjoy the traditional warm welcome, as well as the excellent service rendered. Accommodation in Rennes is also plentiful and of good value. You can choose to spend your night at The Mercure Rennes Centre Parlement, among other top-notch facilities.

There are several car rental service companies available at Rennes-Saint-Jacques Airport. Most of these companies are known for their excellent customer service and affordability. Among the leading car hire companies at this airport are Europcar, Avis, Hertz, Enterprise rent a car, Rentscape, and Sixt. The exciting part is that these companies operate 24/7, and will always be of help wherever and whenever you need them. For an added flexibility and a peace of mind, these car hire companies feature free cancellation on most bookings.

Although Rennes is a small city, it has a metro. It has a single line that runs north-east to the south-west. The airport is easy to reach via the motorway network. While on the ring road, consider taking the N08 exit towards Saint-Nazaire. You can then get to the airport via the D34 or D29 main roads.

Once at the airport, you can park at one of the three available public car parks, i.e. P3 with 690 spaces, P2 with 70 spaces and P1 with 165 spaces. All the three public car parks operate at the same price and in the same way. The condition of roads at Rennes is generally good, and you can drive at an average of 130 km/h (80 mph) on the motorways.