Compare prices on car hire in Pirmasens from all the major brands and find the best deals. When you book through us, unlimited mileage and insurance are always included in the price given. 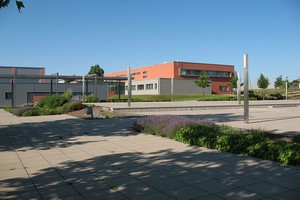 Pirmasens is located in southwestern Germany – in the state of Rhineland-Palatinate – only 12 km from the border with France .The city, which has approx. 43,000 inhabitants (2008), acquired city rights in 1763 – but is mentioned in historical sources already in around 860

Pirmasens was in the latter part of the 1700s built up as an important garrison town, and the dominant drill ground (Ekserzierplatz) – with a ekserserhall which is the second largest in Europe (after St. Petersburg, Russia ) – is one of the city’s most famous attractions .

Otherwise, Schlossplatz the “heart” of the inner city. Here lies the old town hall (Altes Rathaus) from 1770 – and there are also a famous fountain (Schlossbrunnen).

Pirmasens is often called “Skobyen” because it was long a major shoemaking here. One of the city’s popular tourist attractions is also the great skomuseet (Schuhmuseum Hauenstein). There are also several other interesting museums – including the new Dynamikum – a technical museum, which opened in 2008 in the premises of the former shoe factory Rheinburger.