Compare prices on car hire in Liepaja from all the major brands and find the best deals. When you book through us, unlimited mileage and insurance are always included in the price given. 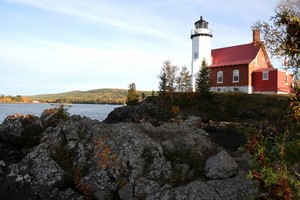 Liepaja is located along the west coast of Latvia , the Baltic Sea.Liepaja is Latvia’s third largest city and has 90,000 inhabitants. Liepaja a ferry to Germany and is an ice-free port.

The country’s former capital was long Russia’s main port on the Baltic Sea.The city is divided into two: Liepaja city and Karosta. The latter constitutes the northernmost part and was previously a secret Soviet militærby. After the Soviet Union and Latvia’s liberation 25,000 Russians left the city, while 6,000 were left in town so have a ghost character. In Karosta are eight forts, two of them lie on the beach. In Karosta is also an Orthodox Cathedral around the typical Soviet buildings. Both parts of the city of Liepaja has beautiful and white beaches. It kept the music festival, The Baltic Beach Party, each as more.Liepaja is a spa destination, and the lake in the city is the country’s fifth largest.

Liepaja Palanga airport is 65 km south of the city.