Compare prices on car hire in Luxembourg from all the major brands and find the best deals. When you book through us, unlimited mileage and insurance are always included in the price given. 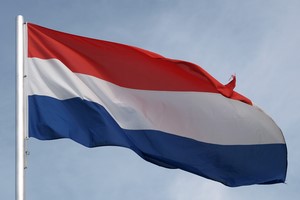 Luxembourg is located in northwestern Europe, bordered by Belgium in the west, France to the south and Germany to the east.The country – which is one of the smallest in Europe – has 491,800 inhabitants (2009). Luxembourg has three official languages: Luxembourg, French and German.

The landscape is characterized by wooded hills and ridges, rivers and plains. The highest point is Kneiff – located 560 meters above sea level The country’s largest river is the Moselle – the tributaries Sûre and Our. Along the banks of these rivers, many of the country’s medieval castles.

Luxembourg has a temperate Central European climate, with mild temperatures and moderate rainfall. Winters are often cold and snowy, while summers are humid and mild.

Its capital is called simply Luxembourg City, and it is often called just “Staad” (the city). Luxembourg City is located in the south of the rivers Alzette and Petrusse. The capital city has 84,000 inhabitants (2009), and is the seat of several EU institutions – including the European Court and European Parliament. The city was European Capital of Culture in 2007.

Other important cities in Luxembourg, Esch-sur-Alzette, Echternach, Dudelange and Differdange.

Luxembourg has good transport links. The road network has been greatly modernized in recent years – with highways to neighboring countries.

The country’s main airport is Luxembourg – Findel International Airport, located 6 km north of the center of the capital.