Compare prices on car hire in Maastricht from all the major brands and find the best deals. When you book through us, unlimited mileage and insurance are always included in the price given. 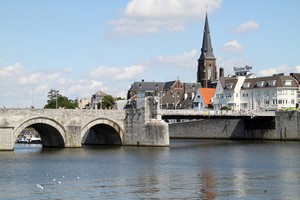 Maastricht is the Netherlands’ southernmost city on the river Maas which divides the city into two. The city is the capital of Limburg province and close to Belgium and Germany .122,000 inhabitants live in Maastricht that are channel and rail hub (2005).

Maastricht is perhaps best known for the Treaty of the same name, which was signed in 1992 by EU members. Maastricht is the Netherlands’ oldest city, founded by the Romans who gave name to the city. In the Middle Ages Maastricht was an important center of its textile industry, in addition to being a hub for trade to the east and south. The city was a center of culture and art in the Middle Ages, and in 1834 became ceramics business Nederlands first major industry. City building on good shopping, and attractions such as the two towers, St. Servatius Church and St. Jan’s Cathedral. Before Easter keeps Maastricht carnival where the whole town dresses up in costumes. In Bonnenfantmuset visitors can see the Dutch masters such as Rubens, van Dyck, among other things

Maastricht Aachen Airport is located 14 kilometers outside the center.