Compare prices on car hire in Auckland Airport from all the major brands and find the best deals. When you book through us, unlimited mileage and insurance are always included in the price given. 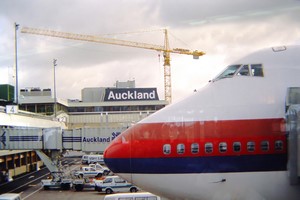 Auckland Airport (AKL) is located 21 km south of Auckland .It is the largest airport in New Zealand and in Australia there are only 3 airports that are larger than Auckland.There is a shuttle between downtown Auckland and the airport. The car rental companies are present at the airport, both at the international terminal and the National, Avis, Budget, Europcar, Hertz and Thrifty. Auckland Airport was Skytraxs award for being one of the top 10 airports in the world in 2009.

From June 2007 to June 2008, Auckland Airport, a visit from 13,202,772 passengers. It is headquarters for the national carrier Air New Zealand, and the busiest international route goes to Sydney .The airport has a national and an international terminal that is located within walking distance from each other, but there is also a shuttle bus between terminals. The airport is under construction and will be ready for the World Cup in rygby in 2011.

Auckland Airport has an impressive shopping area with about 75 different stores. The selection of cafes, bars and restaurants are also good. Other amenities include wireless Internet, medical center, children’s play room, a chapel, massage and a conference center. The special at Auckland Airport is that it also has a museum and offers mini-golf and golf courses. Hotels at the airport is Grand Chancellor Auckland Airport and Jet Park.