Compare prices on car hire in Dunedin from all the major brands and find the best deals. When you book through us, unlimited mileage and insurance are always included in the price given. 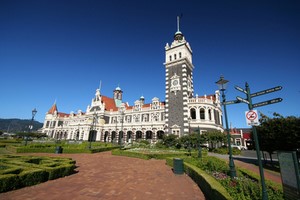 Dunedin was founded by Scots in 1848. The city’s name comes from Scotland , from Edinburgh’s Gaelic name, Duneideann.Street Baldwin Street in Dunedin will be one of the steepest streets in the world. It held a chocolate festival, Dunedin Cadbury Chocolate Carnival, every year in June, where more than 30,000 Cadbury Jaffa runs down the hill. Chocolate Factory Cadbury World has tours year round. Speights Brewery The brewery is open to visitors. Other attractions include nature trails with breathtaking views, and an albatross colony on Taiaora Head, who will be one of the world’s few nesting locations on the mainland. Dunedin also offers surfing activities.