Compare prices on car hire in Hamilton from all the major brands and find the best deals. When you book through us, unlimited mileage and insurance are always included in the price given. 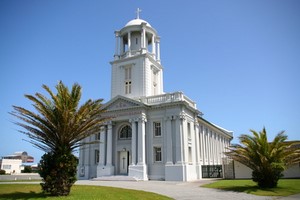 Hamilton is about. 110 km southeast of Auckland on the North Island.The city is the country’s fourth largest urban area and the largest inland city with 155,000 inhabitants. The suburbs is home to 185,000 inhabitants in the city in the Waikato district by the river of the same name (2006). Waikato River divides the city into two.

The city is perhaps best known for its proximity to Matamata where the blockbuster film Lord of the Rings was shot, 45 minutes outside the city. Hamilton was originally several Maori villages that have grown together. Today it is a market town with good shopping. Among the city’s attractions include Hamilton gardens, such as has a rose garden, Chinese garden and the rhododendron garden. The Hamilton Zoo visitors can see over 600 species from New Zealand , including the famous Kiwi bird.This is also the Waikato Museum with an international culture and art. At Waikato Stadium played rugby matches.   In April there will be hot air balloon festival and music festival.

Hamilton International Airport is ten kilometers outside the center.