Compare prices on car hire in Napier from all the major brands and find the best deals. When you book through us, unlimited mileage and insurance are always included in the price given. 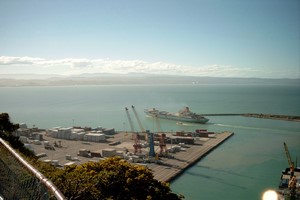 Napier is a port city on the east coast of the North Eye of Hawke’s Bay, 320 kilometers northeast of the capital Wellington , and ten miles north of the town of Hastings.These two are often called the twin cities or “The Bay Cities” and is New Zealand’s fifth largest urban area. 58,000 inhabitants live in Napier (2009), and 123,000 in the twin cities.

Napier is known for its Art Deco architecture. After an earthquake ruined city in 1931, the city was rebuilt in Art Deco style. Now the city is one of the world’s largest Art Deco cities in the world. The city is the largest city in the Hawke Bay. region that has several vineyards and is one of the largest fruit-producing regions. There is also an aquarium with tropical fish, turtles, kiwi-birds and crocodiles including 30 kilometers south of Napier are the beaches of Waimarama and Ocean Beach.