Compare prices on car hire in Pakistan from all the major brands and find the best deals. When you book through us, unlimited mileage and insurance are always included in the price given. 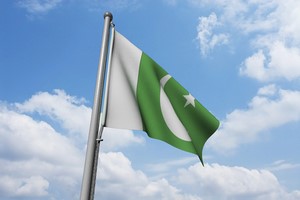 Pakistan is a populous country (176.2 million inhabitants in 2009) in South Asia. It has a 1046 km long coastline facing the Arabian Sea, and otherwise have a common border with India , China , Afghanistan and Iran.

The river Indus, which flows through most of Pakistan’s provinces, the country’s “main artery” – and makes much of the land very fertile.Otherwise, the nature of dramatic variations – with extremes Himalayas (the world’s highest mountain range) with permanent snow in the northwest, and very dry desert areas in the southeast (Cholisthan / Tar) and west (Baluchistan). Two of the world’s highest peaks are in Pakistan: Mt. K2 (8,611 m) and Nanga Parbat (8,125 m).

The climate in Pakistan is gjennongående subtropical continental, with relatively large temperature differences. The highest temperature ever measured in Asia (52 degrees C) was some years ago measured in the city of Jacobabad. Otherwise, does the seasonal monsoon strongly on both temperature and precipitation.

The port city of Karachi , which until the 1960s, was Pakistan’s capital, is a huge metropolis with about 12 million inhabitants.Other major cities are Lahore (6.5 million), Faisalabad (2.6 million) and Rawalpindi (1.8 million). In 1959 it was decided to build a new capital, and in the course of the 1960s was Islamabad (approx. 900,000 inhabitants) ready for occupation.

Pakistan’s largest airport is Jinn International Airport in Karachi. Other major international airports are in Lahore, Islamabad and Peshawar.

Car-hire.net offers car rentals in the cities of Karachi, Islamabad and Lahore.Search for rental cars in search engine and be amazed at the low prices.