Compare prices on car hire in Manila from all the major brands and find the best deals. When you book through us, unlimited mileage and insurance are always included in the price given. 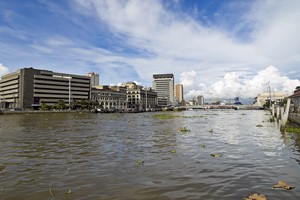 Manila is the capital of the Philippines and is located on the west coast of the island of Luzon.The city is located near the place where the river Pasig flows into Manila Bay facing the East China Sea in the west. The port is the most important in the country and accounts for most of the country’s exports. The city is the second largest in the country with a population of over 1.6 million within city limits (2007). If the metropolitan region are included, the figure rises to almost 11 000 000 (2007).

Much of the city was destroyed during the 2nd World War II, Manila was the city in the world that suffered the most damage after Warsaw in Poland .Nevertheless, there is still some historical monuments, the most famous is Intramuros, which means “within the walls”.

Intramuros is a wall dating from the 1500s, and within this there are several museums and other sights. The Coconut Palace is a palace built in 1978 and is a museum which includes a butterfly garden.