Compare prices on car hire in Bialystok from all the major brands and find the best deals. When you book through us, unlimited mileage and insurance are always included in the price given. 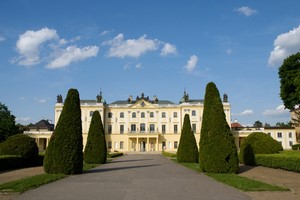 Bialystok is the largest city in northeastern Poland , not far from the border with Belarus .With nearly 300,000 inhabitants, the city is one of Poland’s most densely populated. Bialystok is the capital of the region of Podlaskie Voivodship.

Bialystok was founded in 1320 The city came under the Prussian kingdom in 1795, but in 1807 Napoleon gave the city the Emperor Alexander. In 1921 Bialystok Polish and then go on to Russian hands in 1939. During the Second World War the Germans killed half the city’s population, including Jews, who before the war accounted for 40 percent of the population. One of the sights, Branickis palace, was built by Jan Klemens Bnaicki, a nobleman who had ambitions to become king of Poland. The palace and its gardens, pavilions and sculptures, together with the city’s churches and monasteries in the French style, contributed to the city in the 1800s became known as the Versailles of Podlachia.