Compare prices on car hire in Belarus from all the major brands and find the best deals. When you book through us, unlimited mileage and insurance are always included in the price given. 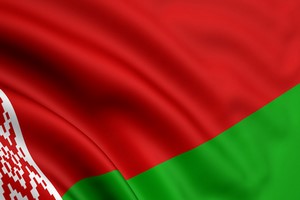 Belarus is an Eastern European State which has common borders with Russia , Ukraine , Poland , Lithuania and Latvia .The country covers an area of ??207,600 km2 and has a population of just under 10 million (2008).

Belarus’ capital – Minsk – have approx. 1.8 million, and is also the country’s largest city.Other major cities – all with between 300,000 and 500,000 inhabitants: Homel, Mahiljou, Vitsebsk, Hrodna and Brest-Litovsk.

Belarus’ history has been turbulent, and in the period 1917-1991 the country was part of the communist Soviet Union. Because of the close historical ties to neighboring Russia – especially in the Soviet period – is Russian the dominant language, but also the related Belarusian language has official status.

The landscape of Belarus is relatively flat (highest point: 345 m.), characterized by wide marshes, forests, rivers and lakes – and when it comes to climatic conditions, it is a humid continental climate dominates. The country’s main natural attraction is Bialowiza Forest – Europe’s only surviving lavlandsurskog, which is on UNESCO’s World Heritage List. Part of it is in Poland.

The country has several interesting castles and palaces – and among these there are two UNESCO World Heritage list: the Mir Castle, which was begun in the 1400s and completed about 100 years later – and Njasvizj Castle, built ca. 1600. These castles are in the same area (the distance between them is ca. 30 km) – a little southwest of the capital Minsk.