Compare prices on car hire in Amadora from all the major brands and find the best deals. When you book through us, unlimited mileage and insurance are always included in the price given. 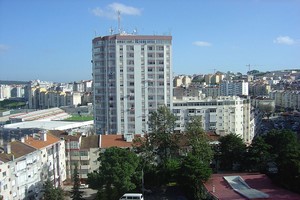 Amadora is a suburb northwest of Lisbon. Amadora is a city with 176,000 inhabitants divided into eleven parishes. With an area only extends over 24 kilometers, it is Portugal’s most densely populated area.

Castelo de Sao Jorge, one of Lisbon’s major attractions, is located at the height of the tallest mountain in Amadora. It dates back to 200 AD. Archaeological excavations have shown that the Greeks, Romans, Muslims, and the Carthaginians were here. In 1147 was the first king of Portugal , Dom Afonso Henriques castle from the Moors.It was here that King Dom Manuel 1 received Vasco da Gama when he came back after his first voyage to India , and the country’s first play was written by Gil Vicente.In 1910 it was declared national monument. Every year an international comedy festival held in Amadora.