Compare prices on car hire in Suceava from all the major brands and find the best deals. When you book through us, unlimited mileage and insurance are always included in the price given. 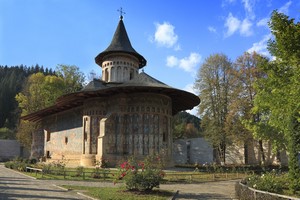 Suceava belongs to the historical region of Bucovina in northeastern Romania, and is on the borders of Moldova in the east and Ukraine in the north.The city is situated around the River Suceava, which is a tributary of the Siret and the number of inhabitants was estimated at about 105,000 (2007). Suceava was the capital of Moldova between 1388 and 1565, and the Austrians had control from 1775 to 1918.

Because of the long history, many historical buildings that have survived the test of time. Saint George’s Church was built in the 1500s and is today a UNESCO World Heritage list, and defenses Princely Court stems from the 1300s. SCV offers many excellent museums, including Bucovina Ethnographic Museum housed in the Princely Inn from the 1600s. Bucovina Village Museum is an open air museum with about 80 historic buildings, and the Painted Monasteries is a collection of colorful churches that are painted with frescoes, of which several were built in the 1500s.