Compare prices on car hire in Riyadh Airport from all the major brands and find the best deals. When you book through us, unlimited mileage and insurance are always included in the price given. 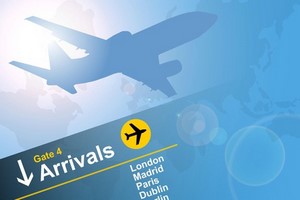 Riyadh King Khaled International Airport (RUH) is located 35 km north of Riyadh .Taxi is the only way to get between the airport and Riyadh Airport and must be booked in advance. There are several car rental companies at the airport, including Avis and Budget. Women are not allowed to drive in Saudi Arabia. It is estimated that about 32,138,000 passengers will visit Riyadh Airport in 2010. It is the headquarters for Saudi Arabian Airlines, which serves about 40 destinations worldwide, as well as companies Nas Air and Sama. From August 1990 to May 1991 was the airport under the control of the U.S. Air Force which used it in the Gulf War. The airport is an alternate landing base for NASA’s Space Shuttle. Riyadh Airport has a good selection of restaurants, cafes, bars and shops. Other facilities at the airport is a bank, post office, a mosque and first aid. The Sahara Airport Hotel located at the airport has a business center.