Compare prices on car hire in Istanbul from all the major brands and find the best deals. When you book through us, unlimited mileage and insurance are always included in the price given. 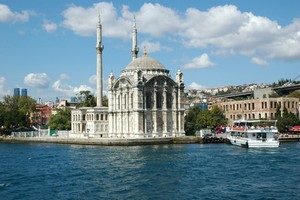 Istanbul is the largest city in the country with a population of over 11 000 000 (2009) which makes the area to the 5th largest in the world. Istanbul is located both in Asia and Eu cried as the city is located on the Bosphorus which separates the two continents.The city was founded in ca. 600 BC Kr. and was called Constantinople from 330 AD Kr. to 1930. Until 1923, Istanbul, the capital of Turkey.

There are many old castles, forts and monuments in Istanbul, as the Egyptian obelisk which was brought here from Egypt in 390 ADNOK One of the most famous bazaars in Istanbul’s Covered Bazaar with eight outputs, built in 1461 To learn more about the history, one can visit include the archaeological museum. Bosphorus Zoo is a park with a zoo, aquarium, bird sanctuary and a botanical garden.

There are two international airports in Istanbul, the biggest one called Ataturk International Airport and is located approx. 25 km outside the city.