Compare prices on car hire in Montevideo Carrasco Airport from all the major brands and find the best deals. When you book through us, unlimited mileage and insurance are always included in the price given. 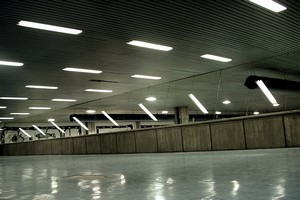 Carrasco General Cesareo L. Berisso International Airport (MDV) is located 19 kilometers from Montevideo .There are buses between Montevideo and the airport. The car rental companies that are present are Hertz, Sixt, Budget and Europcar. In 2008, 1,236,415 passengers visited Montevideo Airport is the largest airport in Uruguay. Montevideo Airport has a brand new, modern terminal was opened in late 2009 with capacity to 4.5 million people each year. From Montevideo can travel to other cities in South America, and some destinations in the U.S. and Europe. Montevideo Airport that has 5 different shops including duty-free and 2 restaurants. Other amenities include a bank, post office and pharmacy. There are no hotels at the airport.