Compare prices on car hire in Yemen from all the major brands and find the best deals. When you book through us, unlimited mileage and insurance are always included in the price given. 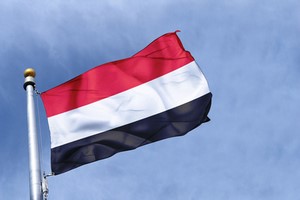 Yemen (Jemen), is located just south of the Arabian peninsula – and has a common border with Saudi Arabia in the north and Oman in the east.Otherwise, the country has a long coastline on the Red Sea in the west and the Gulf of Aden in the south. There are 23.8 million people in Yemen – the majority of the capital and in towns along the coast. The shortest distance across the Red Sea from Yemen to Djibouti in Africa is no more than approx. 30 km.

The climate along the coast of Yemen is very hot and humid. The interior is mostly temperate with monsoon rains in the western mountain areas – and extremely dry and hot in the northern and north-eastern desert areas.

The capital Sana’a is located in the western part of the country – all 2,200 m. It is also the country’s largest city (approx. 2 million inhabitants). It was in 2004 voted to Arabic Culture, and the old town – which is the country’s main tourist attraction – is also on UNESCO’s World Heritage List. Not far from the capital is Yemen’s highest peak, Jabel an-Nabi Shu’ayb (3,660 m).

Yemen has also many smaller historic towns, which are popular tourist destinations – including Schibam and Zabid. Safety conditions for western tourists have sometimes, because. some terrorist attacks, has been a problem –   so you should pre-update on the situation.Other major cities in Yemen’s port cities of Aden (around 550,000 inhabitants) and al-Hudaydah (approx. 500,000 inhabitants). Otherwise, the small town of Mocha on the Red Sea is mentioned – it is in fact mocha-coffee “home”.

Car hire in Yemen has never been cheaper than now. The search engine of comparing multiple companies and provide the best price.