Compare prices on car hire in Zimbabwe from all the major brands and find the best deals. When you book through us, unlimited mileage and insurance are always included in the price given. 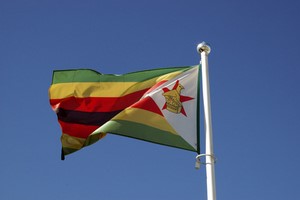 Zimbabwe (formerly Rhodesia) is located far south on the African continent, and has a common border with Botswana, South Africa , Mozambique and Zambia.The country has a population of 11.4 million (2009) – and the official language is English, although it is also spoken several regional languages.

One of the world’s largest and most famous waterfall, Victoria Falls, situated in the Zambezi River – which flows along the border between Zimbabwe and Zambia. It is the most visited tourist attraction – and is also on UNESCO’s World Heritage List. The “Great Zimbabwe” is part of world heritage. It is the largest and oldest city of ruins south of the Sahara, and was probably the center of the ancient Munhumutapa Empire between 400 and 1400 ADNOK

Zimbabwe has a tropical climate with a rainy season that lasts from November to March. Large parts of the country now consists of a highland, located approx. 1000 m, and where the climatic conditions more moderate.

The capital Harare , which is fairly far north of the country is Zimbabwe’s largest city (1.4 million inhabitants).