Compare prices on car hire in Brisbane Airport from all the major brands and find the best deals. When you book through us, unlimited mileage and insurance are always included in the price given. 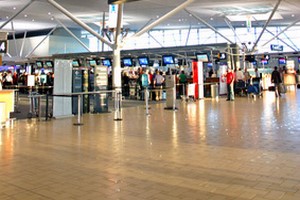 Brisbane Airport (BNE) is located 13 km north of Brisbane .The   is the third largest airport in Australia.Among transport options to and from the airport are taxi, bus and train. Six different companies offering car rental. In 2008 the airport Skytracks award for being the most friendly airport in the world. In 2008 was 19.2 million passengers pass through the airport. 29 different international destinations can be reached from Brisbane for Auckland , Singapore and Christchurch is the busiest international destinations.The airport is under construction, and estimated that passenger numbers will rise to 25 million in 2015. When it comes to shopping as the airport has several specialty shops including a good selection of leather and Australian crafts in addition to the tax-free. The international terminal has 11 different eateries with a wide variety of food and drink. Novotel Brisbane hotel opened in 2009 as the first hotel at the airport.