Not sure which city will be your next holiday destination? Well, try out Vienna. The city is the capital of Austria and is renowned for its intellectual and artistic history. One way of making the best use of your time in the city is getting the services of car hire companies. This will allow you to visit various destinations at your pace. This article features the key places you can visit with your rented car. 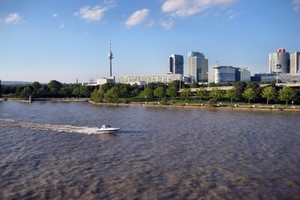 Located in the northeastern part of Austria, the city of Vienna is one of the country’s states. With an area of 415 square km (160.2 square miles), the city is home to about 1.88 million residents. According to Mercer Quality of Living Ranking, Vienna still remains as the world’s best city to live in. For example, while most cities grapple with population, Vienna is considered as clean with lots of green spaces. It also has a steady supply of quality drinking water tapped from its famous spring zones located in Lower Austrian-Styrian Alps.

When it comes to housing, the city leads in providing decent and affordable houses. 60% of the population lives in subsidized apartments provided by the city council. Moreover, Vienna has a functioning public transport system that comprises of U-Bahn trains, S-Bahn (normal train), trams and Autobus. These allow residents to commute with ease from one part of the city to another. The beauty of this system is that it works on trust. Residents do not need supervision to purchase tickets. Here are other reasons why Vienna tops as the best city to live in.

The city of Vienna is known for fine arts. Some of the legends who are hailed for their contribution to this culture include Mozart and Beethoven. They set the standard for classical music in this city. Well, they are no longer around but you can still enjoy what they left behind by visiting the Mozart Concert Hall which has been in operation since 1785. Another big name in the history of Vienna is Sigmund Freud. His work made the basis of psychoanalysis as we know it today. Visit the Sigmund Freud Museum in Vienna for details about his life story.

Another important feature of this city is River Danube. It flows through the upper side of the city. Although it doesn’t touch the central district, Wienfluss (River Wein) and Donaukanal (Danube Canal) add to the magnificence of the city. This majestic river continues its journey through three European capitals cities namely Bratislava in Slovakia, Budapest in Hungary and Belgrade in Serbia. Feel free to explore Bratislava, Slovakia during your stay in Vienna which is a 58 minutes drive. Also, Budapest, Hungary is only 2.5 hours drive from Vienna. Make sure you have the right travel documents during your visit.

Once in Vienna, you can opt to stay in any of the high-end, mid-range or budget hotels within the city. Since you will have a car, it is wise to lodge in a hotel with ample parking. On the first day of your trip, it is advisable to explore places within the city especially if you had had a long flight. You can start exploring the city by visiting the Museum of Military History, which about 4 km (2.5 miles) from the city centre. It will take about 15 minutes to drive there.

Another option is to start with the Danube Tower which is also 4 km (2.5 miles) from the city centre and it will take you about 15 minutes to get there. This will give you the opportunity to view the city and the expansive Danube river from a vantage point. As you explore these destinations you can park your car at the nearest parking garage. Do not wind up your city tour without sampling the delicacies at Demel, the oldest café in Vienna, located at Kohlmarkt 14, 1010 Wien. It was opened in 1786 and it’s still operating to date.

If hiking is your thing, then you can try out any of the nine hiking paths in and around Vienna. For example, Zugberg-Maurer Wald is only 32 minutes drive from the city centre. Spanning a distance of 12.5 km (7.76 miles), this path will take you about 4-4.5 hours to complete. Along the way, you can explore the St. Georgen-Berg church and Sterngarten (an open-air planetarium). You also do not have to worry about food as there are numerous taverns along the way where you can grab a bite.

You can dedicate two days to visit various places in the city such as concert halls and museums before exploring other cities in Austria. Located 200 km (124.3 miles) from Vienna, Graz is another city that you might want to explore. It will take you about 2 hours to drive there. You can consult with the local tour operators and a book a guided tour of the city. Another city worth visiting in Austria is Linz. It is located in Upper Austria, 184 km (114.3 miles) from Vienna. This is a 2 hours drive road trip.

Vienna International Airport serves as city’s gateway to the rest of the world. Here you catch flights to various destinations around the globe. Some of the popular cities you can fly to from Vienna are Frankfurt, Bankok, Addis Ababa, Dubai and Washington just to mention a few. There are also several airlines that fly to Vienna international airport such as British Airways, Lufthansa, Air France and Emirates among others.

The airport management has gone to great lengthens to ensure that travellers get all the information they need to make their travel a breeze. A quick view at the company website, you will give you access to the flight schedule, airport pick and drop as well as airport transfers. You can also get important information about the car rental companies that have offices at the airport complete with telephone contacts.

Most of the car hire firms that operate from this airport are international companies. They include Avis, Europcar, Hertz and Sixt among others. You can opt to hire a car from local firms such as Airport Vienna Car Rental and FunCar Autovermietung. Before you sign any contract with a car hire company, take time and confirm the terms of the agreement. Also, check out the car to make sure that it is as described in the contract.

Being an old town, roads in Vienna are narrow. So traffic jams can be heavy during rush hour. To be on the safe side, it is wise to avoid the roads in the morning and evening hours. However, you should be keen on the local traffic news in case there are any incidents that might cause snarl-ups on the road. These could be scheduled roadworks or accidents.

Apart from the traffic jams, the roads in Vienna are in good condition. You can expect smooth rides during your trip. Also, be keen to observe speed limits to avoid unnecessarily fine. If you are driving through areas outside settlements, you can drive at 100 km/h(62 mph). The speed limit on motorways (autobahns) goes up as high as 130 km/h (81 mph). As you drive on motorways, make sure that you obtain vignettes for your car.

If you are new to Vienna, take time and familiarize yourself with the traffic laws of Austria. This will make your life easier on the road. For example, avoid using bus lanes when they are in operation. Even if you see other drivers do it, stick to your lane. Be wary of trams and avoid blocking their way. Slow down near tram stops as pedestrians might be crossing from either side of the roads. When driving on one-way streets, there may be cyclists moving in the opposite direction. So, keep this in mind and watch out for appropriate road signs.