Compare prices on car hire in Bratislava from all the major brands and find the best deals. When you book through us, unlimited mileage and insurance are always included in the price given. 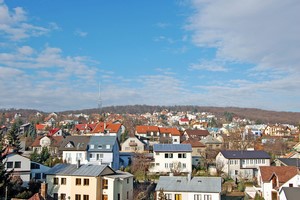 Bratislava is the capital of Slovakia and is situated west of the country, not far from the border of Austria and Hungary .The city is located on both sides of the Danube, and it is about 60 km to the Austrian capital Vienna .With a population of over 420 000 (2008) is Bratislava the largest city in Slovakia. The place has been settled for thousands of years, but Bratislava had no town status until 1291

The city has more peculiar statues, including a paparazzi lurking around a corner in the old town. One of the most famous attractions is Bratislava Castle from 1000’s of Castle Hill, and you can take a tour of the car-free zone in the old city with a small train. Of the many museums should watch museum of watches from the 1600-1800’s visited, while the narrowest house in the country of 130 cm must be seen in its constricted space between other buildings.

Bratislava Milan Rastislav Štefánik Airport is the main international airport in Slovakia and is situated approx. 10 km outside the city.